MAGNUS CHASE AND THE SHIP OF THE DEAD (BOOK 3)

Loki the trickster god is free from his chains. Now he’s readying Naglfar, the Ship of the Dead, armed with a host of giants and zombies, to sail against the Norse gods and begin the final battle of Ragnarok.

It’s up to Magnus Chase and his friends to stop Loki’s plans. Along the way, they will face angry sea gods, hostile giants, and an evil fire-breathing dragon. But Magnus’s biggest challenge will be facing his own inner demons . . .

THE BATTLE OF THE LABYRINTH: THE GRAPHIC NOVEL (PERCY JACKSON BOOK 4)

Honestly, blowing up another school was the last thing I wanted to do.
As the son of a Greek God, I’ve had my share of near-death disaster – and now my arch enemy Luke wants to invade our camp via an ancient labyrinth.

If he succeeds, thousands of bloodthirsty monsters will attack. So it’s goodbye sunshine, hello darkness as four of us descend into the terrifying underground and beyond . . . 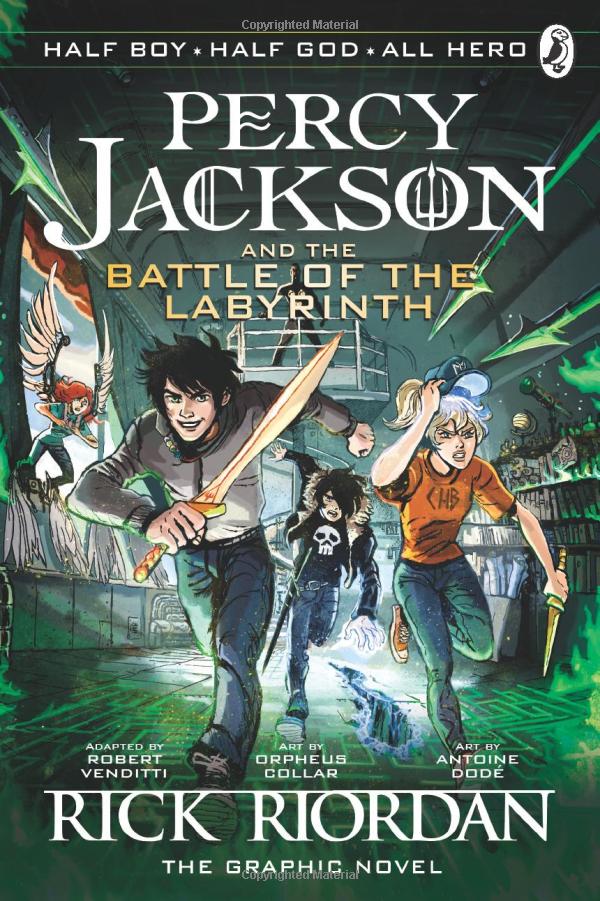