THE LITTLE PRINCE: AND LETTER TO A HOSTAGE (PENGUIN MODERN CLASSICS TRANSLATED TEXTS)

The Little Prince: And Letter to a Hostage (Penguin Modern Classics Translated Texts)

Antoine de Saint-Exupéry first published The Little Prince in 1943, only a year before his Lockheed P-38 vanished over the Mediterranean during a reconnaissance mission. More than a half century later, this fable of love and loneliness has lost none of its power. The narrator is a downed pilot in the Sahara Desert, frantically trying to repair his wrecked plane. His efforts are interrupted one day by the apparition of a little, well, prince, who asks him to draw a sheep. “In the face of an overpowering mystery, you don’t dare disobey,” the narrator recalls. “Absurd as it seemed, a thousand miles from all inhabited regions and in danger of death, I took a scrap of paper and a pen out of my pocket.” And so begins their dialogue, which stretches the narrator’s imagination in all sorts of surprising, childlike directions.

In “The Little Prince”,a small boy leaves the tiny planet on which he lives alone, on a trip to Earth, where he is introduced to the vagaries of adult behaviour. “Letter to a Hostage” is an open letter to a Jewish intellectual in hiding in occupied France. 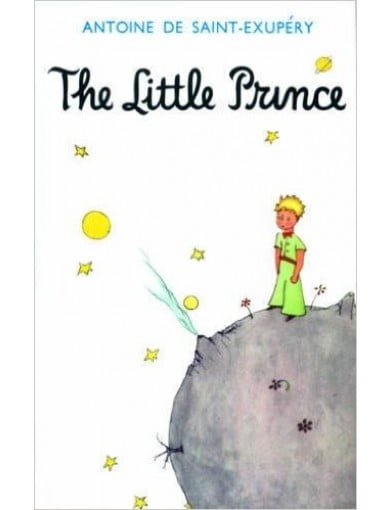 THE HOUND OF THE BASKERVILLES

When Sir Charles Baskerville is found mysteriously dead in the grounds of Baskerville Hall, everyone remembers the legend of the monstrous creature that haunts the moor. The great detective Sherlock Holmes knows that there must be a more rational explanation, but the difficulty is to find it before the hellhound finds him.