Did you know that ears are self-cleaning, or that itching is contagious? It’s all totally weird … but true!

The world can be a pretty wacky place! Kids will have a blast exploring just HOW wacky in the 10th book in the wildly popular Weird But True series, full of 350 surprising and amazing facts. Topics include science, space, weather, geography, food, pop culture, and just about everything else under the sun, presented with fascinating photos and illustrations. This quirky little reference is so much fun, kids forget they’re learning. 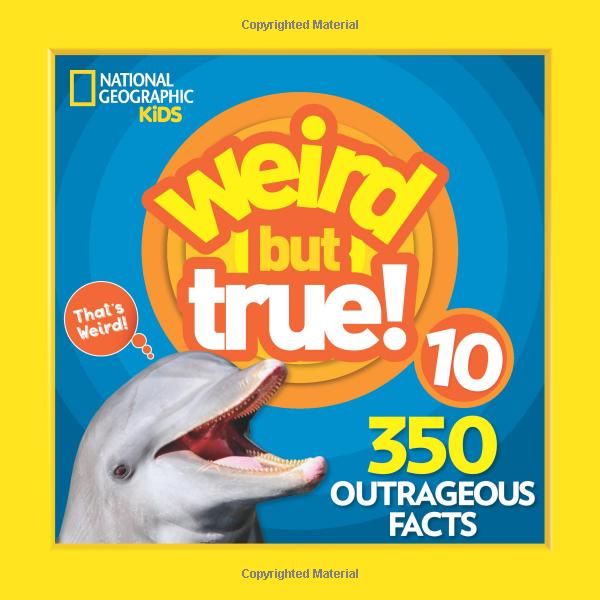 To save her sister’s life, Faris must smuggle magic into a plague-ridden neighboring kingdom in this exciting and dangerous start to a brand-new fantasy duology.

Faris grew up fighting to survive in the slums of Brindaigel while caring for her sister, Cadence. But when Cadence is caught trying to flee the kingdom and is sold into slavery, Faris reluctantly agrees to a lucrative scheme to buy her back, inadvertently binding herself to the power-hungry Princess Bryn, who wants to steal her father’s throne.

Now Faris must smuggle stolen magic into neighboring Avinea to incite its prince to alliance—magic that addicts in the war-torn country can sense in her blood and can steal with a touch. She and Bryn turn to a handsome traveling magician, North, who offers protection from Avinea’s many dangers, but he cannot save Faris from Bryn’s cruelty as she leverages Cadence’s freedom to force Faris to do anything—or kill anyone—she asks. Yet Faris is as fierce as Bryn, and even as she finds herself falling for North, she develops schemes of her own.

With the fate of kingdoms at stake, Faris, Bryn, and North maneuver through a dangerous game of magical and political machinations, where lives can be destroyed—or saved—with only a touch.